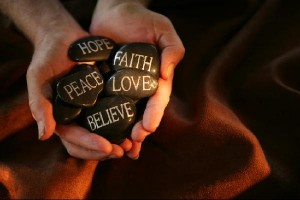 The Law of Attraction & the Energy of Money

Think About What You’re Thinking About!

Have you ever experienced situations in your life when things just “fell into place?” Have you ever had a “lucky” day? Have you ever had “Fate” knock on your door with good or bad tidings? Have you ever felt “karma” caused your struggles or created your miracles? If you have, then you have experienced the universal Law of Attraction in motion. The Law of Attraction is a cosmic universal law that applies to all people and all situations equally. However, many of us have no idea that this law exists and are unwittingly creating unhappy and undesirable circumstances for ourselves. The Law of Attraction states that whatever you focus on, and give your energy and attention to, you attract into your life, whether it is good or bad, wanted or unwanted. This law has been mentioned in our books for many thousands of years. Hermes of Ancient Egypt spoke of Seven Laws of the Universe that govern all things. The Third Law of Vibration states that nothing rests, everything moves and everything vibrates. Modern quantum physics states that everything is energy constantly in motion, ever changing. If everything is energy, then our thoughts are energy and carry the ability to create and shape our reality. The Law of Attraction states that you are the creator of your reality through the power of your own thoughts. This can be a liberating idea and a terrifying one at the same time. Many of us are reluctant to take responsibility for our attitudes, choices and decisions that have caused us to end up where we find ourselves right now. Jesus Christ in the Bible is quoted as saying “know that ye are gods” and it widely accepted that he meant that the human being is capable of creating whatever they want through the power of their thought and use of right action. French philosopher Voltaire echoed this thought by writing, “whatever a man thinketh, so he is.” Business guru Napoleon Hill in his international best-seller, “Think and Grow Rich” suggests that we, as individuals, are energy magnets attracting prosperity or poverty into our lives. The choice is ours. So, if you are unhappy with any situation in your life, whether it be your health, your wealth, your love life or professional career, check in with your own thoughts about it. Are your thoughts positive or negative? Are you grateful or resentful? Are you open or are you limited and closed? The Law of Attraction states that it will respond to whatever vibration you are sending out by sending you the exact same vibration back. The Law of Attraction does not decide whether a thought is good or bad for you. It simply answers your energetic signal with another like signal. Dr. Norman Vincent Peale, author of The Power of Positive Thinking, has for decades advocated the power of positive thinking confirming this like attracts like formula and suggests that it is very important we take the power back to create our lives through positive intentions and thought. The good news is if you are unhappy with an area of your life, you have the power to change it by simply changing your thoughts about it!

Money is a challenge facing many today. Many people live paycheck to paycheck and scramble to pay the bills at month’s end. Since quantum physics states that everything is energy, then so is money. The Law of Attraction states that money as energy is something you can attract or block from you life by the power of your thought about it. For so many of us, the concept of money wears many faces. Some people see it as security that they fiercely have to hold onto and protect. Others see it as a power to use or misuse at will. While many have been conditioned during their childhoods to see money as something to fear and worry about. This fear of money is called “poverty consciousness.” If someone has poverty consciousness, they are afraid for their survival, fear whether they can pay their rent/mortgage or have enough money for food, clothing, and worry about keeping their family stable financially. If you are in poverty consciousness, you cannot properly create or manifest your dreams and goals at your optimum creative level. Ask yourself, do you have enough money to create your dreams, desires and goals? Think for a moment about how you feel about money. Are you abundant and open? Do you feel calm and in control? Are you grateful and blessed? Or are you afraid and worried? Does your stomach tighten and thoughts race? Remember, the Law of Attraction is creating the very experiences that match your thoughts about money. Any preconceived notions about money will dictate your ability to create it. Each of us consciously desires the ability to have food, shelter, and clothing, to responsibly pay our bills on time, to live well and make our dreams a reality. Unconsciously, our thoughts may be opposite to our conscious desires for prosperity.

Larry is a 48 year old successful sales consultant for the communications industry in Ottawa. Making six figures a year, Larry lived a very comfortable life. Surprisingly, Larry came to me to check in on the energy of money around him. While Larry was very successful, every month was a struggle for him to pay the bills and he was constantly having difficulty managing his large corporate clients. He spent a great deal of his time worrying about money and his future and wanted to create more peace of mind. Intuitively, I picked up on this reference to “peace of mind” and asked Larry what his mind thought about money. Larry looked at me quizzically, and asked me what I meant. I asked Larry to write down his thoughts about money. I gave him a sheet of paper that said “money is……………” and asked him to fill it out. Larry was surprised to find out that he unconsciously felt that money is hard to get and something he had to protect and struggle for. I asked Larry did he know why he felt this way about money. As a communications sales representative, Larry was able to live an independent lifestyle and had all the perks a job could have. Larry thought about my question for a moment and then turned white. He realized it was his Dad who had shaped his views about money. Larry’s Dad was a struggling building contractor that always worked long hours and came home complaining about clients not valuing his work and services. Larry’s Dad was always battling his clients to get paid and was always too busy with work to have fun and enjoy his life with his family. I asked Larry how he felt about having money and success. Larry smiled and said he really felt guilty about having it so easy. I suggested that unconsciously he may be sabotaging his ability to easily attract money and successful business relationships because of his experience as a child watching his father in business. Every time Larry went into work, his unconscious thoughts were creating challenges in business situations. Every time he wanted to have fun and enjoy his comfortable lifestyle, his guilt turned his thoughts to worrying about his financial future. Larry thought about this for a moment and agreed to check in more deeply on what he thought about business, money, and success in general. I suggested Larry positively visualize successful relationships easily managed all around him. I also suggested each week he schedule fun time where he could enjoy guilt free the perks of his success. I also asked him to affirm daily, “I am a money magnet. Money comes to me easily and effortlessly.” I suggested Larry do this for a month and see what kind of results he would get. One month later, I saw Larry again. His energy had shifted and he was lighter and more care-free. After a week of this new thinking, Larry noticed a shift in his reality and has since reclaimed his power to succeed and easily attract money. His client relationships had substantially improved and he had received a sales commission he had not anticipated. The Law of Attraction is working whether you know it or not. It can work for you or against you depending upon where you focus your thoughts and attention. Think about what you’re thinking about!

BACK TO ARTICLES PAGE